Purchase Tickets by clicking next to the appropriate date/Event

(Check back here for updated information.) 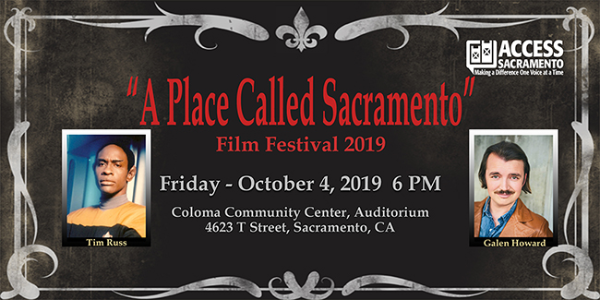 "A Place Called Sacramento" presents filmmakers with Sacramento ties who return to talk about making success in Hollywood.

Access Sacramento welcomes filmmakers with ties to Sacramento who are making it big in Hollywood. Musician, director, producer, writer and actor Tim Russ and actor Galen Howard guest on a panel discussion for the "A Place Called Sacramento" Film Festival's Friday event. Additional panelists and event details to come.

Tickets may also be purchased directly without fees from the Access Sacramento main office. 916-456-8600 ext. 0 for details.

This Roaring 20's theme party celebrates the 20 years of the "A Place Called Sacramento" Film Festival. Dancers from the Sactown Swings will give an opening performance that will having you swinging away. There will be art, music, small bites and Silent Auction items that will be listed soon. There is more to come so don't wait, tickets are limited and this event will sell out fast.

Dress to be seen. This panel will be televised by Access Sacramento.

For more than 30 years, Tim Russ has been working in the entertainment industry. He is Actor, Musician, Producer, Writer and Director. His ﬁlm credits include: "Live Free or Die Hard," Spaceballs," "Star Trek: Generations," and TV series regular roles on "The Highwayman," "The People Next Door," Star Trek-Voyager," "Samantha Who," and "iCarly."

Galen Howard is a Northern Californian native who has worked in the entertainment business in a wide range of mediums, genres and characters. Through his work he has gained popularity and visibility through craft working in music videos with such artists as Weezer, Justin Timberlake, Smashing Pumpkins and Elle King. He has appeared on the television programs "Agents of S.H.I.E.L.D.," "Brooklyn Nine-Nine," and "Henry Danger." Feature film credits include "Saving Flora." "Children of Sorrow," and the upcoming "Moon Manor." 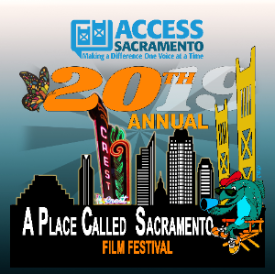 Invite your family, friends and strangers you want to impress! It’s a great show about a great Place Called - Sacramento! General Admission seating – “A Place Called Sacramento” also acts as a fundraiser for local community media. All productions are family friendly films, suitable for children 12 and older. 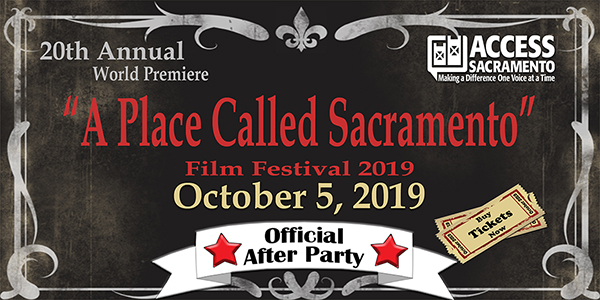 After the movies and awards, walk across the street from the historical Crest Theatre for the "Official" After Party in the 20th annual "A Place Called Sacramento" Film Festival.

Music, dancing and socializing with the filmmakers, actors and crew members.